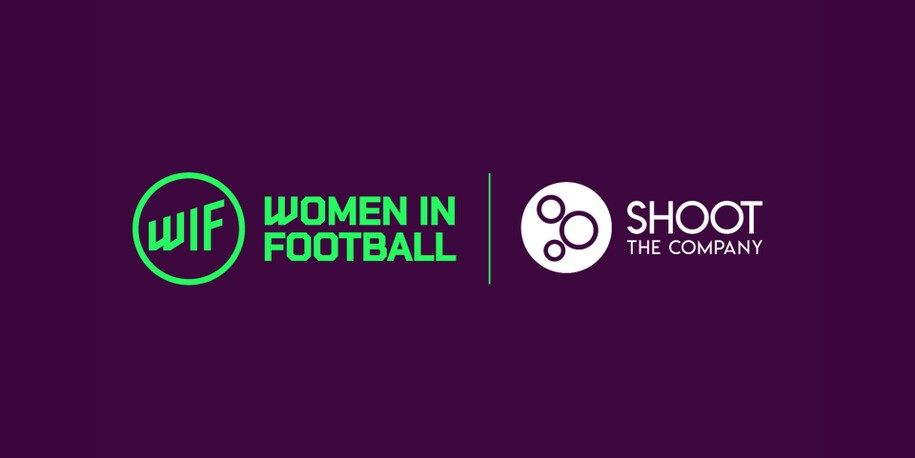 We are delighted to announce our partnership with the award-winning film production agency Shoot the Company.

In a first-of-its-kind deal, the agreement sees Shoot the Company instated as Official Content Partner for Women in Football, in charge of producing films for upcoming campaigns.

As one of the UK’s leading boutique filmmakers, Shoot the Company has built an industry-wide reputation for delivering progressive and disruptive films over the last 15 years. The announcement will see Shoot the Company produce captivating and informative films for Women in Football and allow the award-winning agency to expand their list of longstanding football-based partners that already include FIFA, UEFA, The FA and Barclays.

When speaking about the partnership, Sara Butler, Managing Director of Shoot the Company, said, “Women in Football has been the driving force behind so many wonderful campaigns forcing change in the industry. I have seen the incredible work that goes on behind the scenes and have been lucky enough to be inspired by the exciting future plans. Knowing that Shoot the Company is now a valuable partner and part of the journey is incredible. We look forward to working together to drive the change that the industry is calling for.”

Jane Purdon, CEO of Women in Football, said: “We are delighted that Shoot the Company is joining us as our Official Content Partner. Impactful, creative and inspirational storytelling is what they do best, as their recent ‘Outraged’ film with UEFA demonstrates. Passionate about football and committed to driving change, they reflect what we stand for here at Women in Football. We are excited to work together and look forward to sharing the first of our films as part of our campaign launch in September.”

The first of the films being produced will be shared in September when Women in Football, alongside lead partner Barclays, launch their new campaign to drive gender equality in football.

Following on from the successful #WhatIf campaign that saw pledges from the likes of UEFA, The FA, the LMA and Barclays FA WSL Manager of the Year Emma Hayes MBE, September will see WIF step things up a level as the question ‘What if?’ is no longer applicable. Women are at the heart of the men’s and women’s game and are here to stay, but what are you doing to support them? Keep your eyes out for more information coming soon.

In the meantime, if you would like to know more about our partnership with Shoot the Company, please email info@womeninfootball.co.uk.

Passionate about football and committed to driving change, Shoot the Company reflect what we stand for here at Women in Football. We are excited to work together and look forward to sharing the first of our films as part of our campaign launch in September.”