Give it your best shot with Man City's #SameGoals initiative 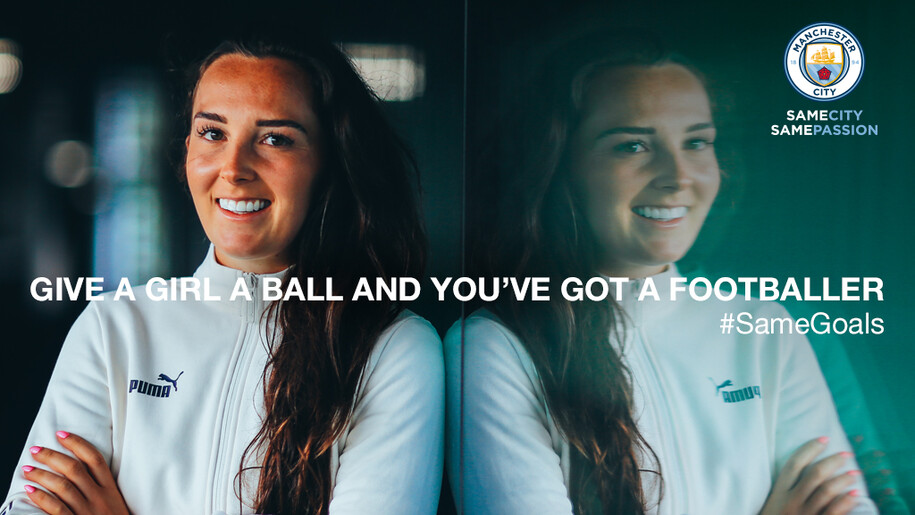 Manchester City has announced the return of its #SameGoals initiative for a fourth successive year, aiming to inspire the next generation of female footballers.

Since its inception in 2018 over 4,000 girls around the world have taken part in this ground-breaking, engaging project. #SameGoals pledges to deliver a special limited-edition football provided by PUMA to every girl who shares a video showing them scoring – or saving – a goal to grow her passion and help her focus on achieving her dreams.

To receive their free ball, girls need to post a video on Twitter, Instagram or TikTok that shows them scoring – or saving – a goal using #SameGoals. The goal can be created anywhere using any kind of ball; the more creative, the better.* Alternatively, participants can upload their video at www.mancity.com/samegoals.

In addition to the social media movement at the event’s core, previous years have seen City host coaching clinics with players in their hometowns, hold football festivals and grassroots tournaments at the City Football Academy and lead matchday activations promoting the initiative.

As part of the 2021 campaign, the club will host a series of free online workshops focused on women’s football, with a variety of professionals across the Club taking to the hotseat.

The series will cover business and management perspectives as well as coaching and technical tips, with the likes of Head Coach Gareth Taylor, Managing Director Gavin Makel and first team players Caroline Weir, Esme Morgan and Sam Mewis offering their support amongst others.

Additionally, there will be a workshop with PUMA where attendees will learn about the growth of sportswear brands from those at the heart of the action.

With limited capacity, the workshops are aimed at anyone interested in the football industry or grassroots game on a first-come, first-served basis as City continue their pledge and commitment to keep growing the game.

Attendees will be required to register in advance to attend the workshops, with registration now open. To find out more about the sessions and register, please click here.  .

Also new for 2021, all who take part in the #SameGoals campaign will have access to money- can’t-buy competitions including the opportunity for seven teams to win a personalised Ultimate PUMA Team Bundle Team Package including full kits, footballs, equipment and bibs.

Speaking ahead of her participation in the initiative, Manchester City and Scotland midfielder Caroline Weir said: “I’m really looking forward to being involved in the initiative and the workshops – it’s been really exciting to see #SameGoals grow year-on-year so far.

“The players who held the football clinics last year were blown away by the response and although this year we won’t be able to do things in person as usual, it’s so important to continue the growth of #SameGoals however we can in these unprecedented times.

“Keeping fit and motivated has never been so important as it has this past year either - to have already had so many young girls get involved in the past three years is just amazing, but I know there’s a lot more out there and we’d love you to join in.

“I’ve been in the position of those young girls wanting to play football and the #SameGoals campaign really does enforce just how much Manchester City cares about growing the women’s game.”

*As this initiative runs on social media, participants under the age of 13 will need to request the permission of their legal guardian and submit their goals using their parent or legal guardian’s social media account. The deadline for #SameGoals entries is 23:59 on Friday 12 March 2021.

Keeping fit and motivated has never been so important as it has this past year either - to have already had so many young girls get involved in the past three years is just amazing, but I know there’s a lot more out there and we’d love you to join in."

Catch up on a special webinar with Dr. Pippa Grange: Fear Less - how to win at life without losing yourself