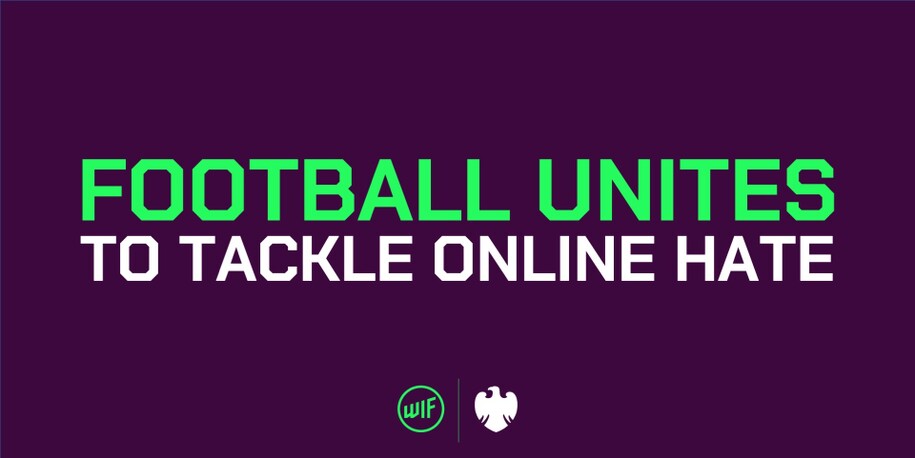 Women in Football has joined key football authorities and organisations, including Kick It Out, PFA, Premier League and The FA, to come together and continue the fight against online hate.

Representatives from WIF met a range of football, media, law enforcement organisations and social media companies, including Facebook and Twitter, to discuss how to tackle online hate in football, and agree further necessary action required against online discriminatory abuse.

In addition, Anton Ferdinand provided a player’s perspective of the impact of online hate, in which he said, “As footballers we are held accountable for our actions all the time - why aren’t the people that are sending abuse, and the social media platforms, held to account too?

"I had no escape from being racially abused, whether that was on the streets or social media. The ripple effect the abuse had on me and my family, I wouldn’t want anyone else to experience that.”

The aim of the initial meeting, which will be a regular fixture moving forward, was to discuss how football and social media can be places where everyone feels they belong, and what action needs to be taken to make that happen. The meeting built on previous discussions that have taken place between football authorities and social media companies, and the existing work undertaken by the football bodies to report and remove offensive messages.

"We welcome the opportunity to part of an important discussion focusing on ensuring social media platforms are a safe environment where everyone is able to participate without fear of discrimination or trolling," said Jane Purdon, CEO of Women in Football.

"The online abuse high profile sportsmen and sportswomen receive is well documented, but the bullying and hate affects the emotional and mental wellbeing of those not so well known too. Feedback we have received from our members who work right across the game at all levels is testament to that.

"Working collaboratively with other key stake holders in the football industry in such a direct way with Twitter and Facebook can, and must, bring about change.

"Women in Football is at the forefront of supporting women and girls in and around football and we are fully committed to making sure that we continue to help drive forward improvements where they need to be made."

The group identified a set of common principles which will drive their working agenda moving forward, including a key element that online and offline hate must have real-world consequences for perpetrators with individuals held accountable for their actions.

Sanjay Bhandari, Executive Chair at Kick It Out, who chaired the discussion, said: “Online hate thrives because there is a culture of impunity – people feel free to say what they want because they are confident there will be no consequences. That must change. Online hate must have real-world consequences.

"We will only change that culture by working as a team and we will now meet on a regular basis as a working group to drive change. I welcome the commitment of football and social media to turn words of intent into meaningful action.”

Edleen John, The FA’s Director of International Relations, Corporate Affairs, and Co-Partner for Equality, Diversity and Inclusion, added: "Football must be a game which embraces diversity and tackles discrimination and hateful conduct both on and off the pitch.

"It’s important that key football stakeholders work alongside social media, police and government to proactively eradicate online abuse. Each has a role to play in ensuring action is taken to prevent, identify and report incidents of online abuse."

Simone Pound, Director of EDI at The PFA, believes that a "joined-up approach" of everyone working together is key to addressing the issue of online trolling and use of discriminatory language.

“As part of our work to address this issue which started with the #Enough 24-hour boycott of social media, the PFA has been pushing for collaboration between the platforms, the game, the government, police and CPS to protect the players from the abuse they face daily," said Simone.

"This joined-up approach is the only way that we can see the tangible change that is needed to affect policy change and online behaviours. We will continue to monitor this ever-prevalent issue on behalf of our membership and welcome the opportunity for changes to thresholds and policies as well as real-life consequences to online abuse. This will reap overall benefit for the young people, communities and society as a whole to which the game serves.”

The social media companies themselves added their thoughts after the meeting.

"Over the last few years, we’ve tripled the size of our safety and security team, created tools to help people manage their experience, including who can message them, and built sophisticated detection technology.

"In Q3 last year, that technology helped us find 95% of the hate speech content we removed before anyone reported it. But we won’t stop there. As well as developing new safety tools, we’re committed to our ongoing work with the industry, government and others, to collectively drive societal change through action and education.”

Katy Minshall, Head of UK Government, Public Policy and Philanthropy at Twitter UK, added: "Racist behaviour has no place on Twitter and we strongly condemn it. We continue to collaborate closely with our partners in football to identify ways to tackle this issue collectively. We welcome the opportunity to work in further partnership to curb this unacceptable behaviour — both online and offline."

Don't forget Women in Football offers a reporting service if you are discriminated against in the workplace. Incidents are recorded and can be taken forward for investigation to the relevant bodies with the permission of the person reporting the incident.

The online abuse high profile sportsmen and sportswomen receive is well documented, but the bullying and hate affects the emotional and mental wellbeing of those not so well known too. Feedback we have received from our members who work right across the game at all levels is testament to that."