You're Goona love our easy to enter competition! 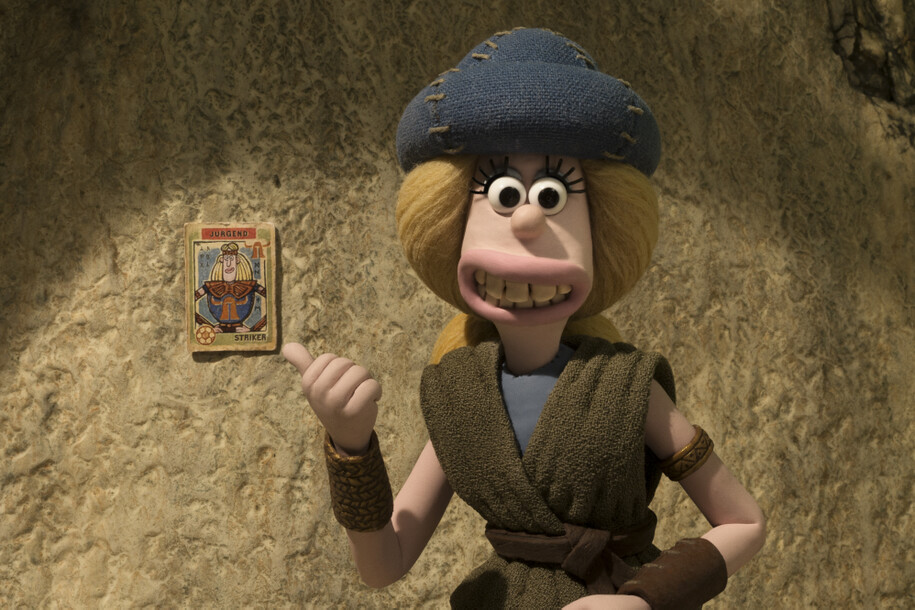 Women in Football are delighted to be offering three lucky winners a brilliant 'Early Man' goodie bag packed full of unique merchandise in our easy to enter competition.

Early Man is a prehistoric comedy adventure from four-time Academy Award-winning director Nick Park and AARDMAN, the creators of Wallace & Gromit and Shaun The Sheep.

Featuring the voices of Maisie Williams, Eddie Redmayne, Selina Griffiths and Richard Ayoade amongst others, Early Man tells the story of caveman Dug and his best friend Hognob as they unite his tribe against a mighty enemy Lord Nooth and his Bronze Age City to save their home.

It is however, football coach Goona (Maisie Williams), who is the real star of the film with a powerful, positive message that has a real impact as this animated family film unfolds.

To celebrate the official difgital download of Early Man we have three goodie bags containing the following up for grabs:

To be in with a chance of winning simply answer the following question:

Goona is the name of one of the main characters in Early Man, but which football team is nicknamed The Gunners?

Send your answers by email marked 'Early Man competition' to info@womeninfootball.co.uk by midnight Sunday 3 June to be in with a chance of winning.

Euro 2020: At The Tournament with Reshmin Chowdhury