#WhatIf we changed the landscape of football forever? 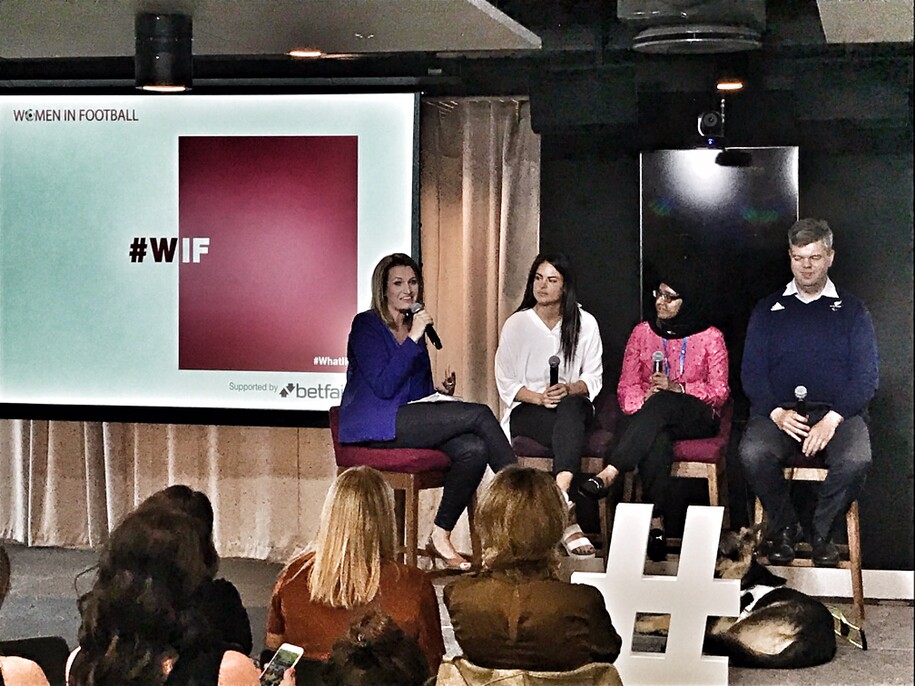 Women in Football has launched #WhatIf - a campaign that will change the landscape for women working in the football industry forever!

#WhatIf is an innovative campaign, driven largely through social channels, that will empower businesses, celebrities and members of the public to identify one way that they could take action to contribute to an improvement for women and girls within the football industry, however large or small.

The campaign was borne out of a pro bono competition Synergy launched to support grassroots women’s sports charities.

Women in Football has been working with both Synergy and Betfair, headline sponsors of the official launch, to encourage corporates and individuals to make a pledge, and are looking to encourage others on Wednesday, and moving forward, to make a pledge of support through their work to help change the landscape forever.

The official #WhatIf launch at Twitter's London HQ, was proudly sponsored by Betfair, and kicked off with a welcome by Jacqui Oatley MBE.

Photographer Lynne Cameron, a staunch supporter and active member of WiF since its formation 10 years ago, took to the stage for a quick interview with Jacqui before a packed audience watched the official #WhatIf launch video, with the following incredible pledges reflective of the determination there is from all corners of the footballing world to make a difference:

Anna Kessel, co-founder and Chair of Women in Football, said: “On the anniversary of Women in Football’s 10th season I am extremely proud to see us launch the #WhatIf campaign, standing alongside industry leaders, corporations and individuals, working together to create real and meaningful change.

“Ten years ago gender equality was barely even a conversation in football. Now it is firmly on the agenda. Bring on the next 10 years, and an exciting new era for women in our sector.”

Claire Rafferty, Chelsea and England footballer, commented: “I am delighted to add my support to such an inspiring, ground-breaking campaign. #WhatIf is a great initiative but it will only work if there are people out there willing to make sure that they actively play their part too in helping girls and women in football.”

Jacqui Oatley MBE, Women in Football Ambassador, said: ’I’m absolutely delighted to be involved with the launch of the #WhatIf campaign. Over the past decade, we’ve had so many people in the game supporting WiF and wishing us well, and this is an opportunity to turn those good wishes into actions.

“For women to realise their potential in football, they need a combination of self-belief and opportunity - #WhatIf will make a difference on both fronts.”

A spokesperson for Betfair, headline sponsor of the #WhatIf campaign, added: “We worked closely with Women in Football on our #FairerGame initiative with Rachel Yankey - aimed at addressing gender disparities within football - and we are delighted to be partnering with them again and on such a powerful and inspiring campaign.

“Fairer Game was all about removing barriers and increasing the profile of women working within the game and the #WhatIf campaign takes that mission to the next level.”

If you would like to make a pledge, either individually or as an organisation, or would simply like more details on how to do this, please contact whatif@womeninfootball.co.uk

I am extremely proud to see us launch the #WhatIf campaign, standing alongside industry leaders, corporations and individuals, working together to create real and meaningful change."

Co-founder and Chair, Women in Football